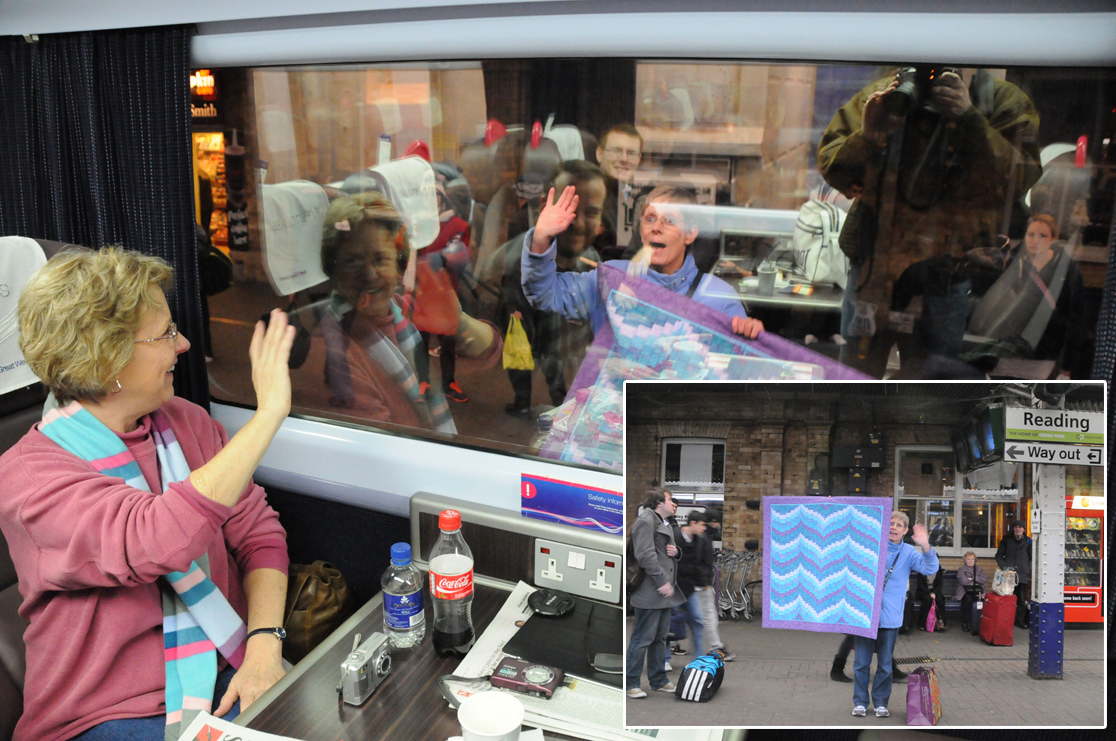 There were three of us traveling to England for a Christmas holiday. Knowing I would not be traveling by car, a drive-by quilting in England wouldn't be possible. However, doing a train-by quilting just might be the ticket in order to put an international spin on this fun game. Pam Day managed to be the first to accomplish a train-by quilting. I particularly the photo (above) with the reflection in the train window. In it you can see Susan waving to Pam, but in the reflection you can see Justin as well as me with the camera.

Pam says:
I learned that Ricky would be traveling by train and passing through Reading train station, 10 miles from my home. I emailed him and tentatively asked if he would be willing to do a train-by quiltling during his private holiday.  The reply was a definite ‘yes, that would be fun’.

On December 20, 2011, I arrived at the station early and was able to work out the exact spot on the platform that his carriage would stop at. A few people around me glanced at the quilt but no one said anything. We British are so reserved we just look the other way thinking that ‘this woman’s lost the plot’ (meaning, is very strange).  When I got home and told my husband that it had all worked out, he very lovingly said ‘you’re a groupie’ to which the reply was ‘Yes, and proud of it’  I was so excited.

After taking photos from the train Ricky, Justin and I were able to chat for about 30 seconds at the doorway.  Just long enough to wish one another a Merry Christmas and safe travels. I have always found the drive-bys so fun it was wonderful to be able to take part in one myself. It was so cool to do the first train-by quilting.

About the quilt:
My quilt is called ‘Hawaiian Seas Bargello’. The fabrics remind me of the turquoise waters on Hawaii. One fabric is a batik with turtles on, a reminder of our stay at Turtle Bay. It was worked as ‘quilt as you go’ starting from the centre outwards. I did one side then as I got nearer the edge on the other side I was concentrating so hard on just getting it finished I forgot to follow the pattern, so it’s not a symmetrical pattern but I like it as it is. 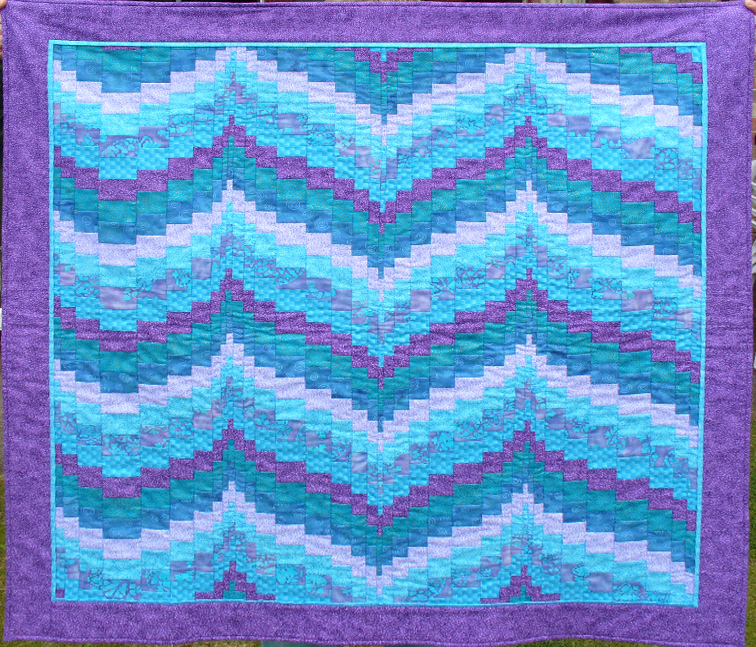