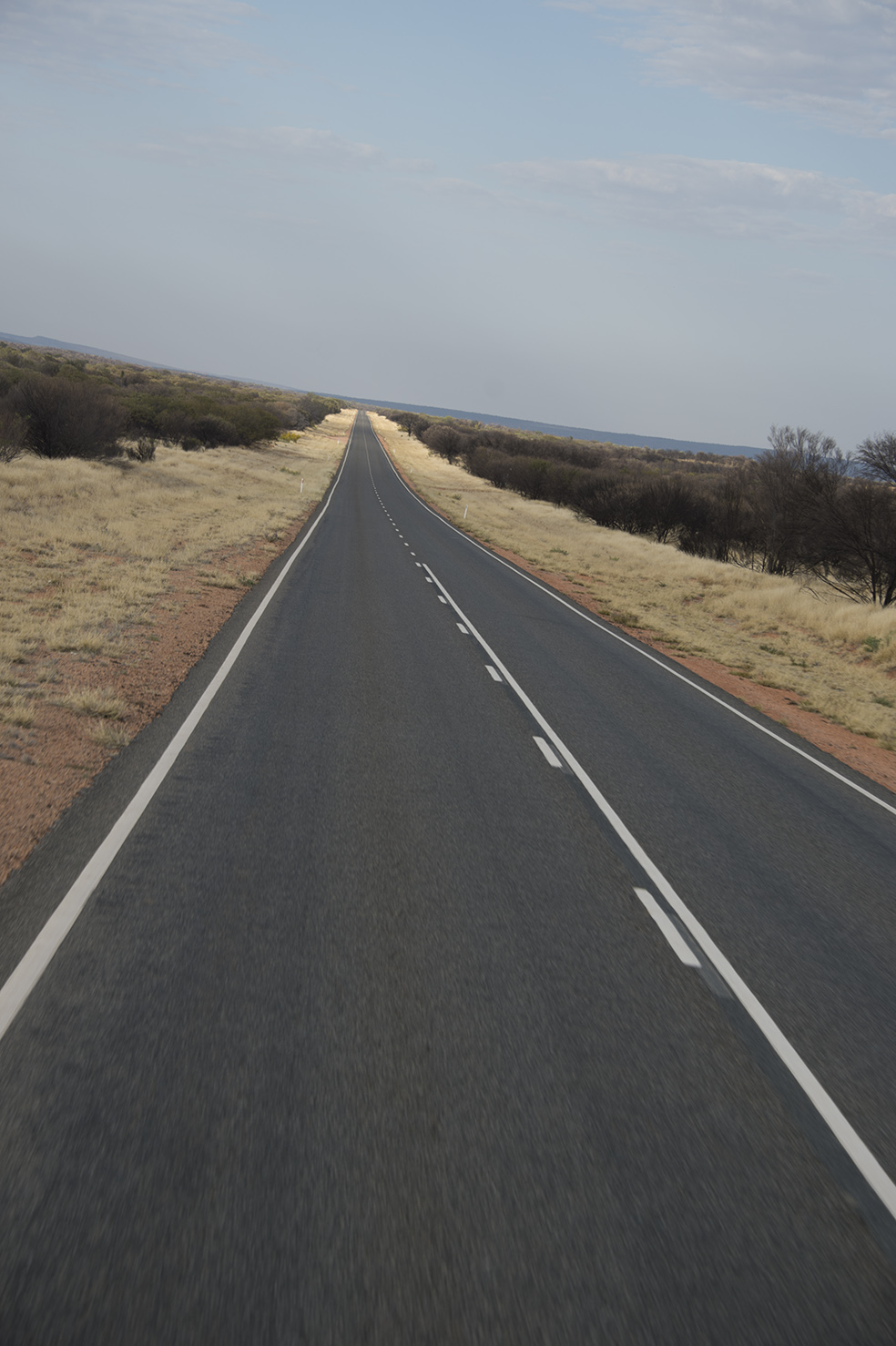 Yesterday (Day 7) we arrived in the vast Red Center of Australia. We left Alice Springs on an early bus to Uluru/Ayers Rock. The ride was about 5 hours and I was surprised to learn that there is nothing - absolutely nothing - between Alice Springs and Ayers Rock. There were two roadhouses along the way, but no towns, villages, or communities.


We passed Attila (Mount Conner) which is often mistaken for Uluru (OO'-loo-roo) because both rise magnificently from the surrounding ground level. Attila is on a private cattle station and is not the same sort of formation as Uluru (Uluru being the largest rock visible on earth). Not far away from Attila is Lake Amadeus, which is usually a dry, salt crust lake. The white salt against the red earth could easily inspire a quilt. 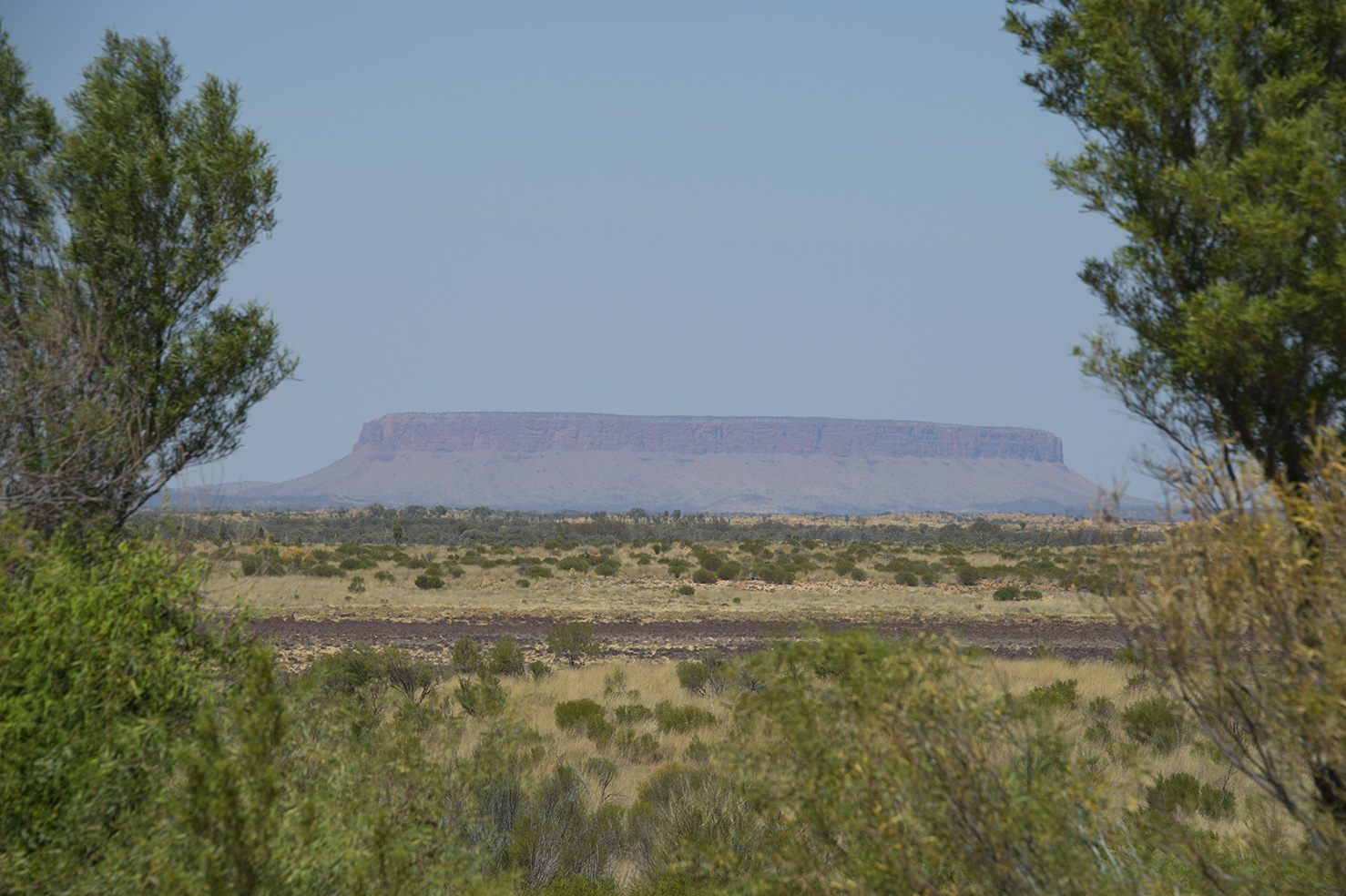 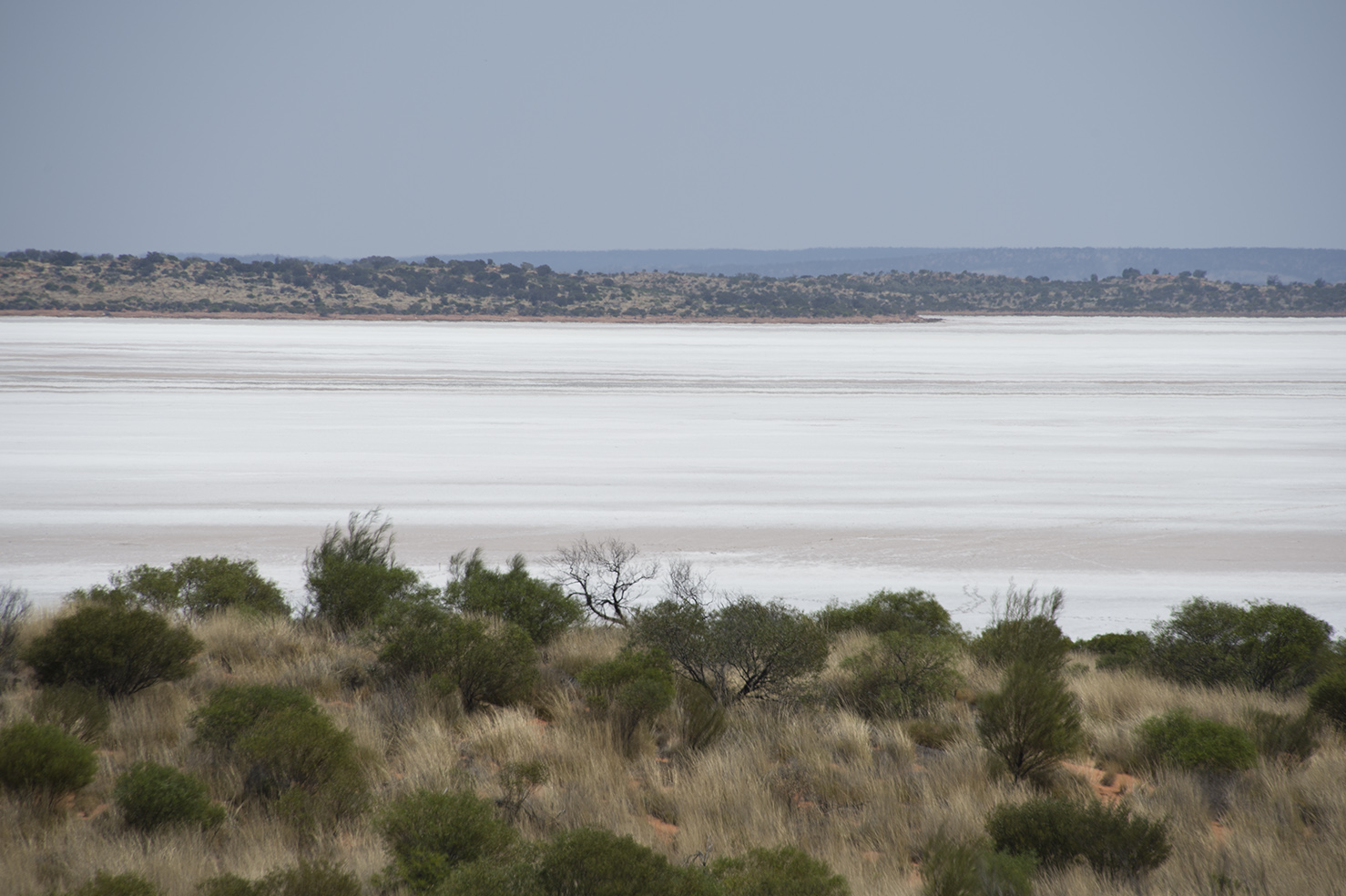 Finally we reached Uluru/Ayers Rock. Uluru is one of Australia's most recognisable natural landmarks. The sandstone formation stands 348 m (1,142 ft) high (rising 863 m/2,831 ft above sea level), with most of its bulk lying underground, and has a total circumference of 9.4 km (5.8 mi).

The resort is located about 9 miles or so from Uluru but it is easily viewed from the nearby dunes. We spent the day getting situated and organized and then went out to the dunes to take in Uluru at sunset. 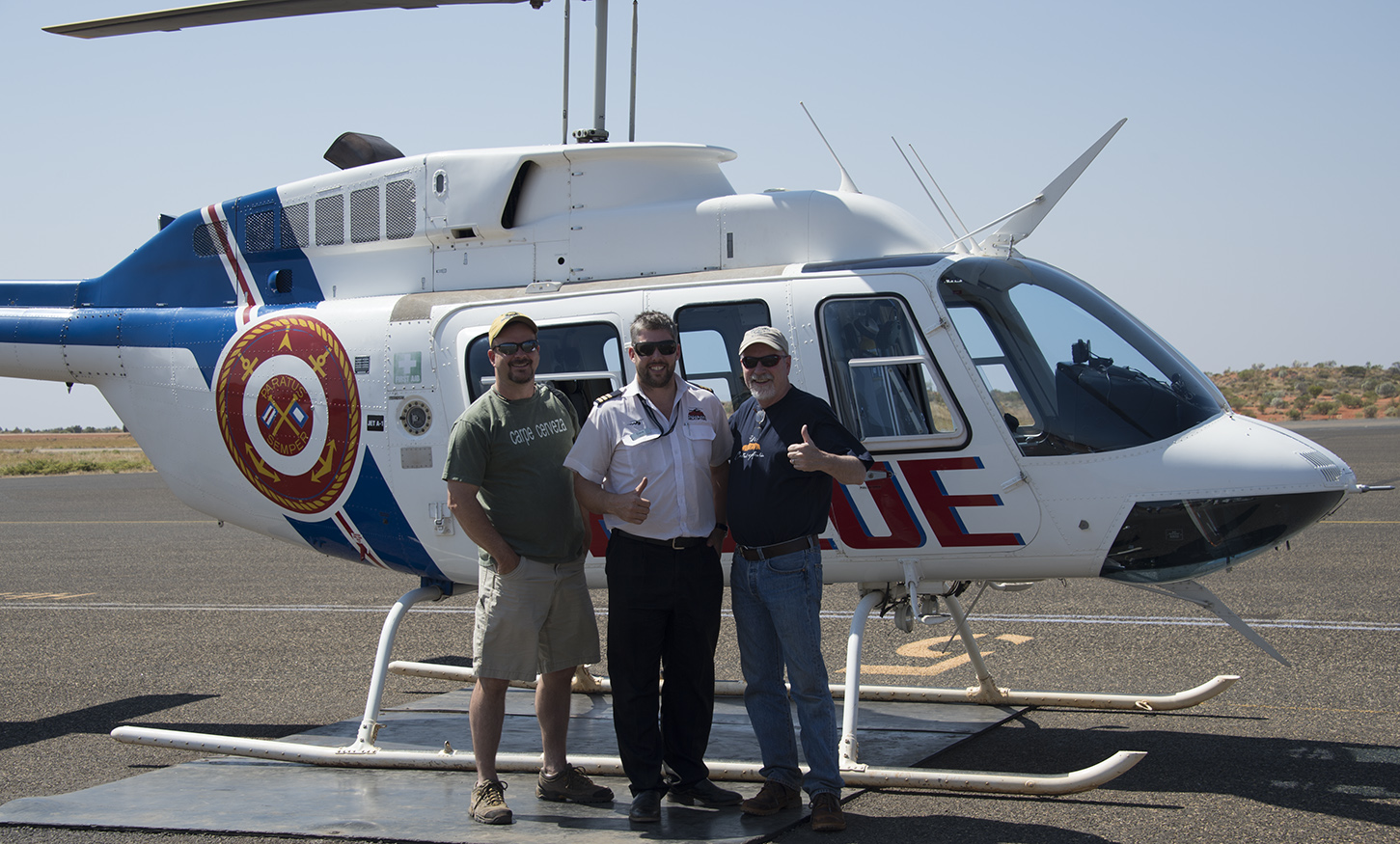 Today (Day 8) I rose at pre-dawn to head to a dune and take a few sunrise photos. Next was another amazing new adventure - a helicopter ride! We flew over the area to get up close to both Uluru and Kata Tjuta. It was exhilarating and you can see photos below.

The next new adventure was renting a car and driving on the "wrong" side of the road. I survived to tell about it. I'm just sayin'... 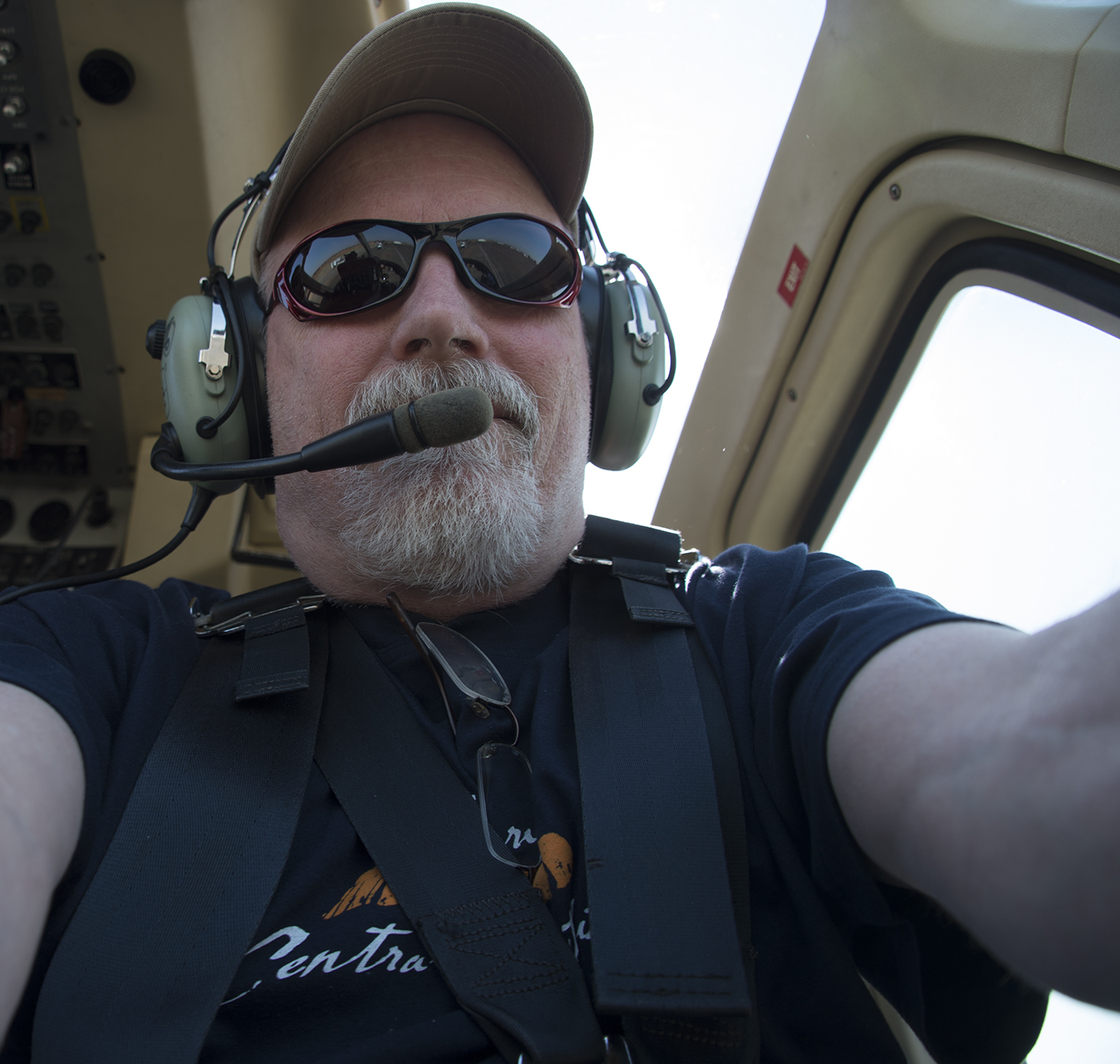 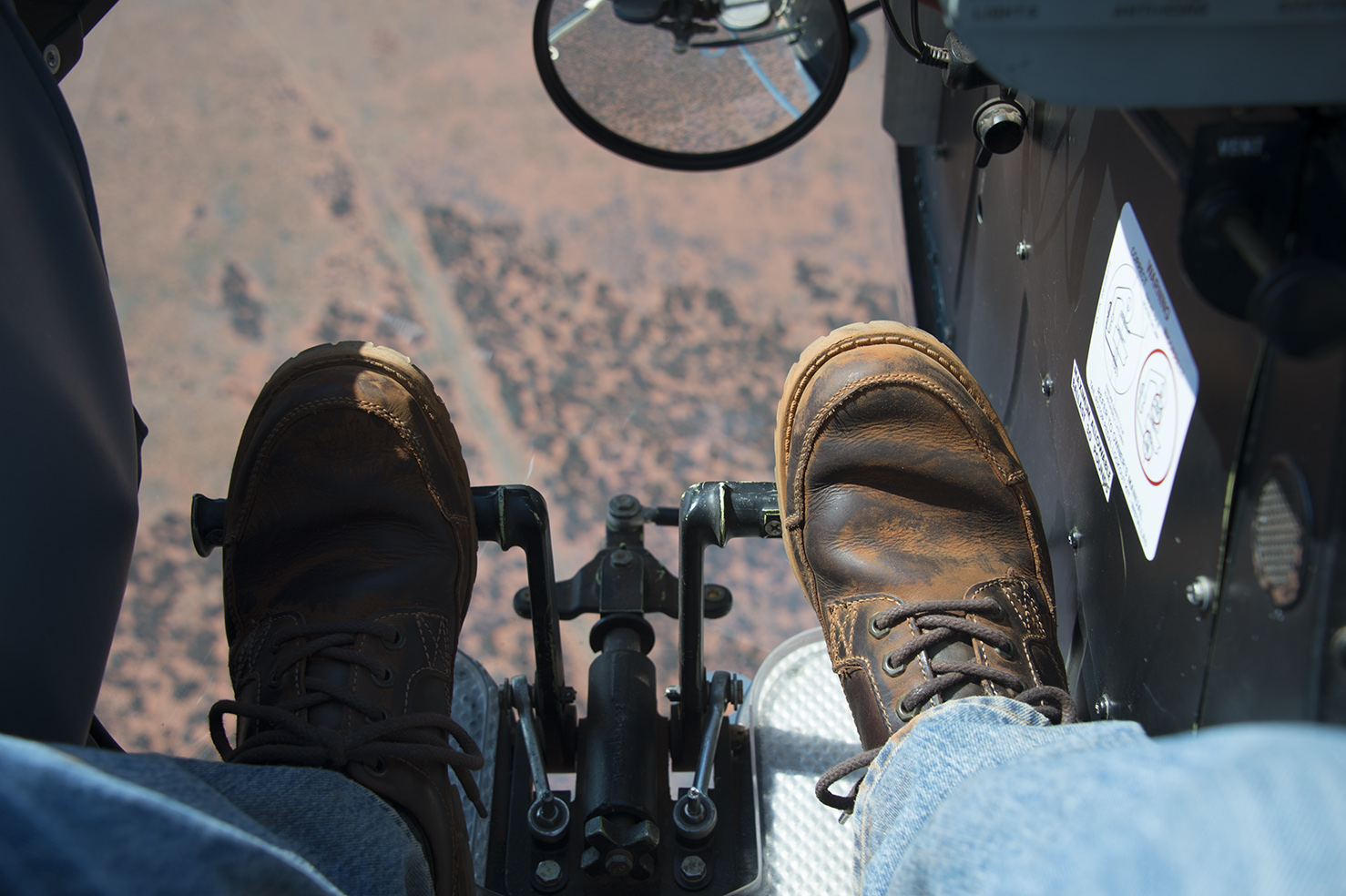 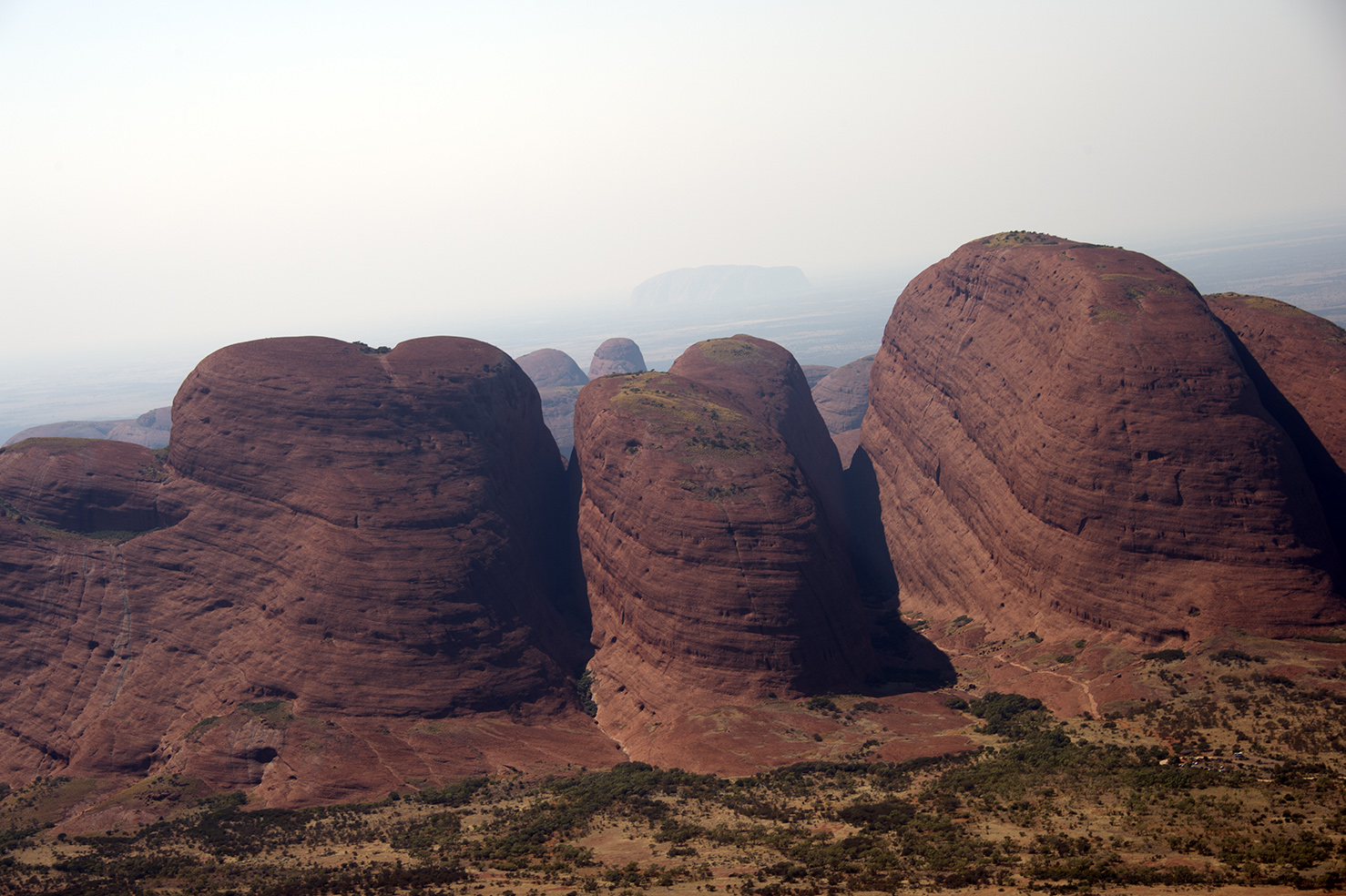 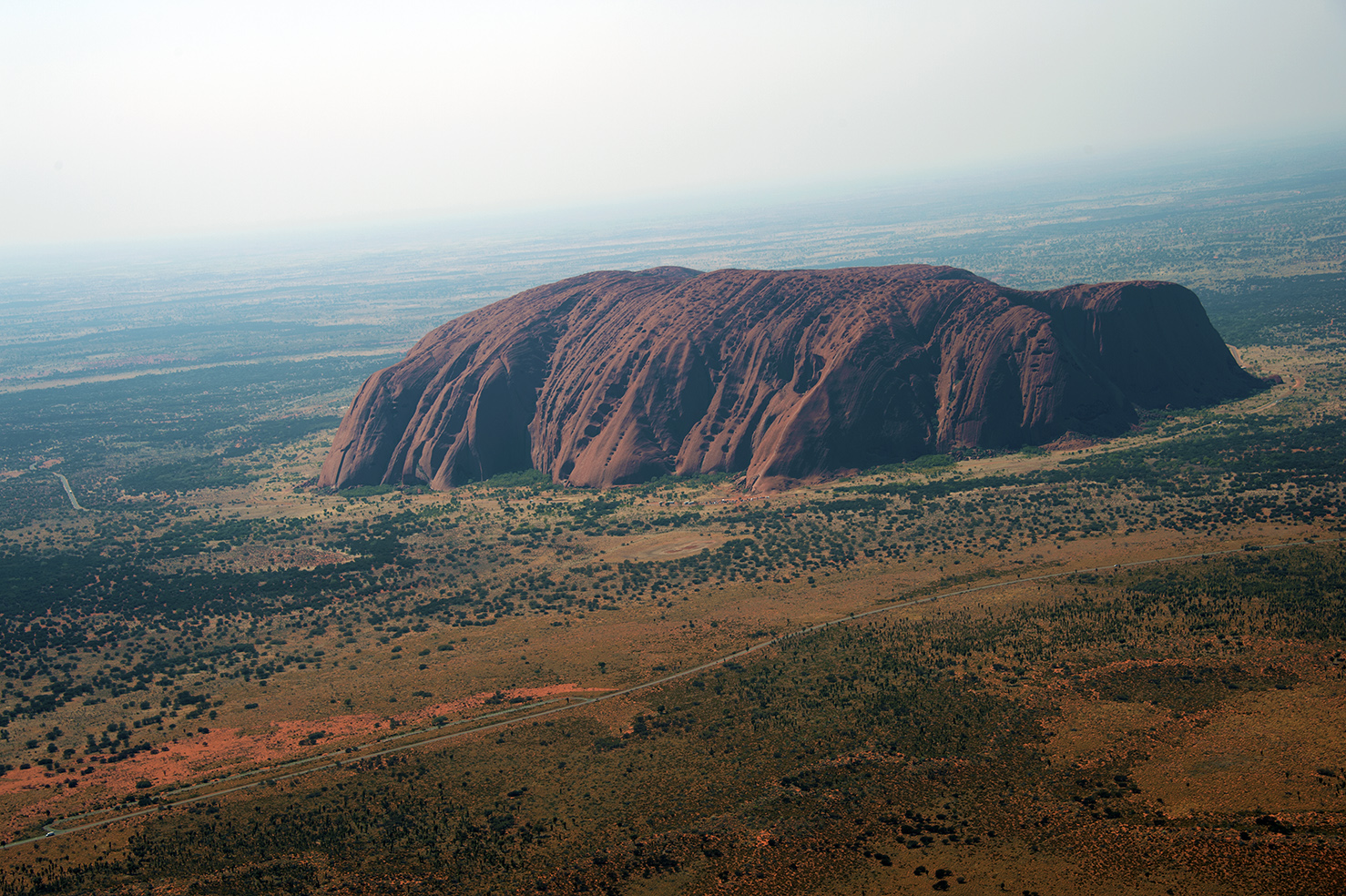 #6 Frank Figueredo 2012-09-29 08:26
Beautiful photos of Uluru and the Olgas. Brought back good memories. I am surprised you were not wearing the "fashionable" black netting head covers to ward off the flies. We refused to wear them for all of five minutes, until we stepped out of the van! Maybe the flies are a seasonal thing.
#5 Aussie Jane 2012-09-21 05:11
So pleased you two are getting a chance to see our big brown land...Hubby & I had the luck to go to the Red Centre in '08 ....loved the scenery but not the flies

Looking forward to your seminar in Brissy
#4 cat stone 2012-09-20 23:12
Sounds like you and Justin are having fun!I had hoped to meet you while I'm in Adelaide but unfortunately I can only manage half days at the most. Enjoy the rest of your time in Oz!
#3 helen stubbings 2012-09-20 18:41
hi Ricky, glad you and Justin are enjoying our red centre - you know more about it than me and most Aussies now probably. Sorry I'll miss you in Adelaide, we'll probably pass on the tarmac as I land at 10am Sunday and Tracey tells me you leave just then.. so hope its all wonderful and maybe see you next year in Portland instead.
#2 Diane Hiller 2012-09-20 09:06
Wonderful pictures. That is one place I would like to visit. Glad that you both are enjoying your trip.
#1 peg in la 2012-09-20 07:34
ricky and justin...ty so very much for sharing with us this beautiful adventure.....
Refresh comments list
RSS feed for comments to this post