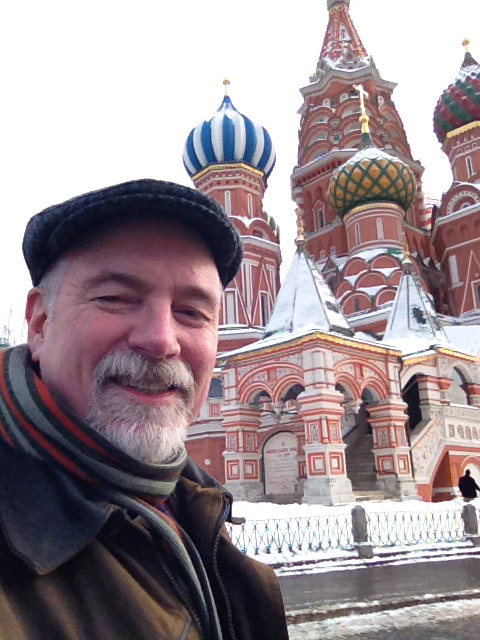 Well, needless to say, I have been a busy man. I left Germany and headed to Moscow where I enjoyed a day of sight seeing followed by a day of lectures. It's hard to absorb so much in such a little time, but hopefully some of it will stick in my memory - at least I have photos - and a new Russian hat! No, that's not my new hat in the photo above, but ask real nice and I might show you a picture. Thanks to Natalya for being such a good guide and host! I have a video to post soon, so watch out for that. 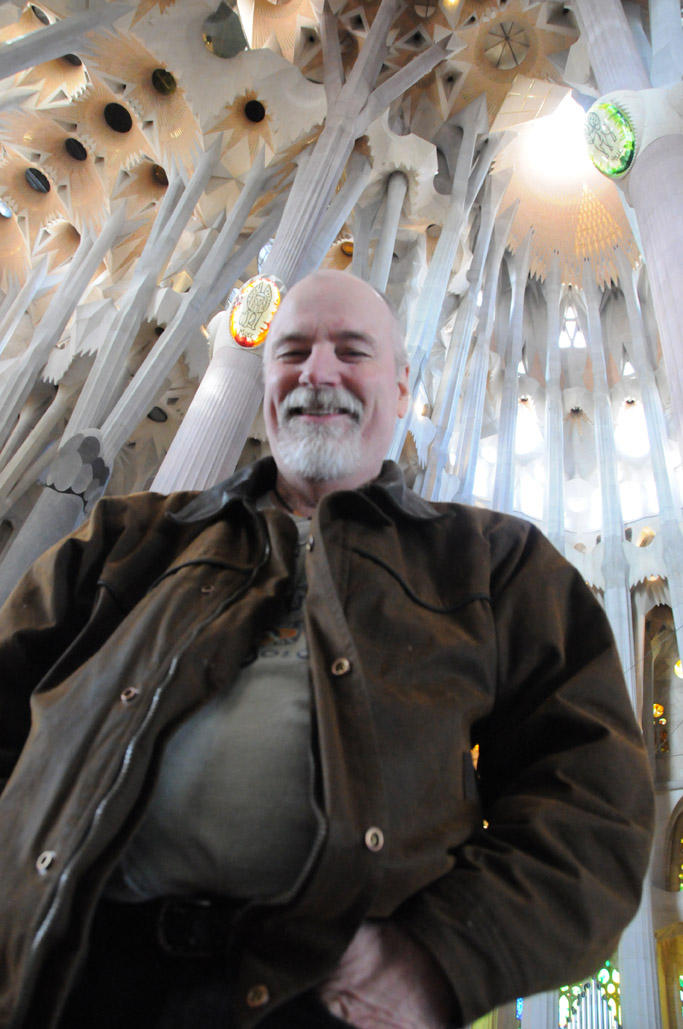 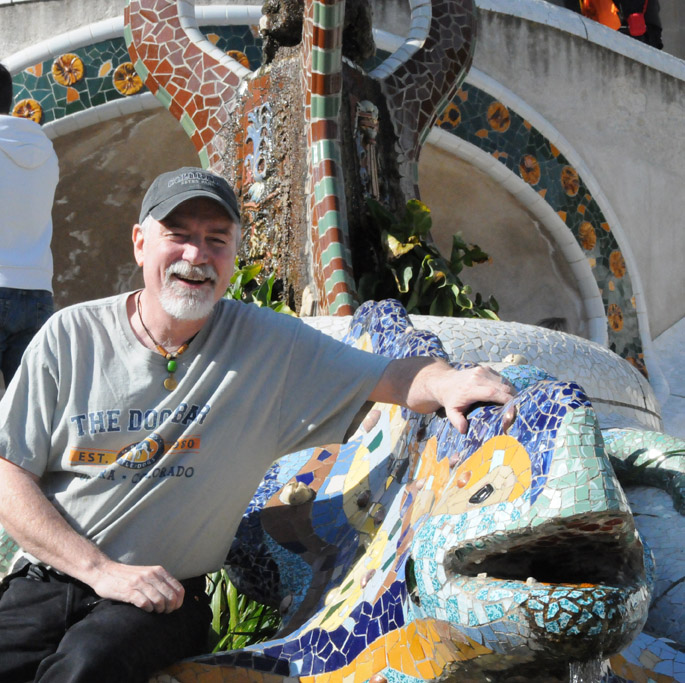 Then I was off to Spain where I enjoyed two days of wonderful classes in Girona followed by a day of touring in Barcelona. Rafael was brilliant at organizing fantastic classes for me in Girona and Rosario, a great ambassador for quilting in Spain who I had met several times in Houston, was my interpreter. My family friends Adria and Gisela gave ma a tour in Barcelona that led to the Sagrada Familia (designed by Antoni Gaudí) and Guell Park where Gaudi created one of the most interesting public parks in the world. 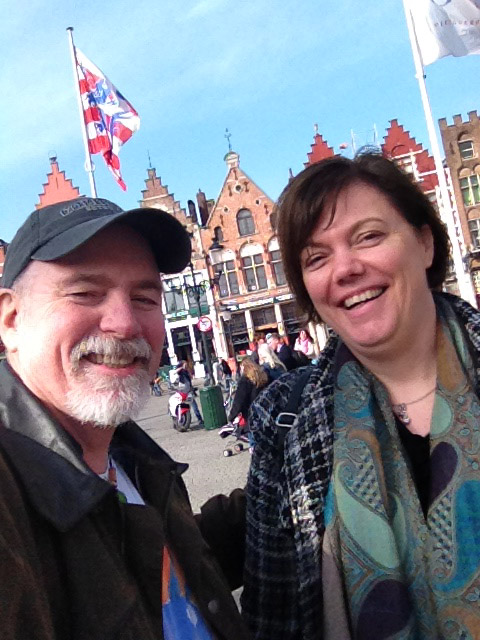 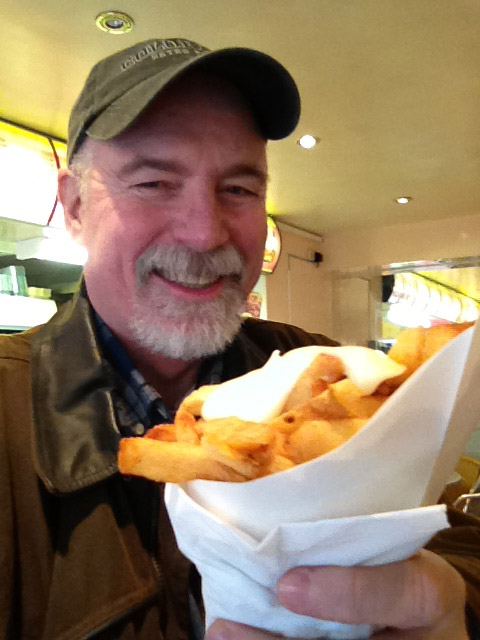 Next on my stop was the Netherlands and Belgium where I also taught classes. Rianne is head of Bernina in the Netherlands and Belgium and I really enjoyed seeing her optimistic outlook on sewing and quilting in that part of the world. I also enjoyed some touring time - having Flemish Fries while I toured Bruge, Belgium, and made a visit to the Anne Frank house in Amsterdam on my birthday (March 11). 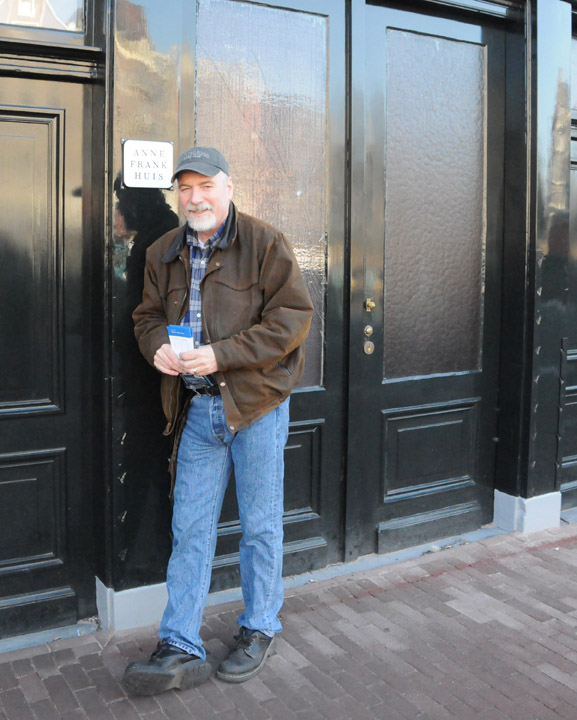 Now I have landed in Steckborn, Switzerland - at the world headquarters for Bernina! Today I am resting - but it's just another calm before the storm - I'll be pedaling very fast again very soon! Stay tuned - and let's here a big worldwide WHOO-HOO for the Whoo-hoo World Tour 2012!

I can't wait to hear about the classes you took. Thanks for the [censored]s! We appreciate you thinking of us on your vacation.
#1 Pamela Coughlin 2012-03-14 12:38
Looking great and sure you are having a ball! Let us see more when you get the chance! Happy Touring, quilting, anc teaching!
Refresh comments list
RSS feed for comments to this post