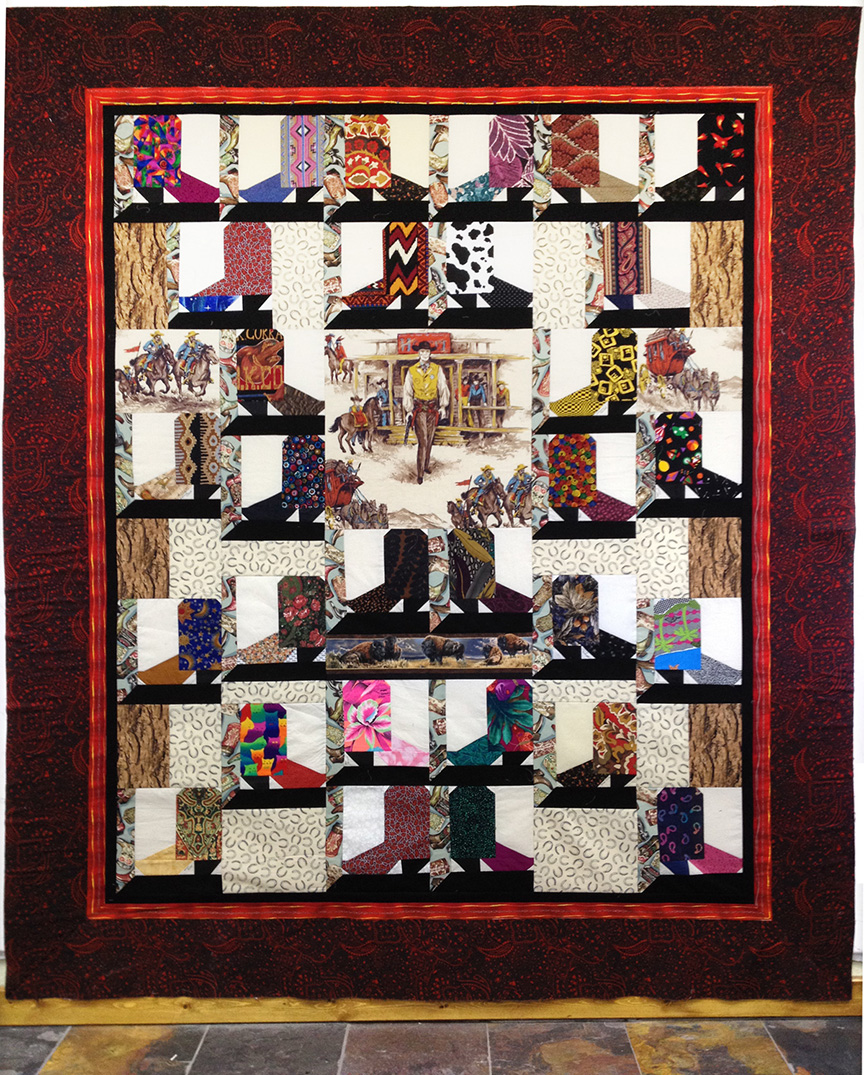 Yesterday my threads arrived for the Deadwood quilt. I chose two 40wt. poly threads - a cream and a black Highlights from Superior Threads. I already had a cone of the cream so I had made my first stitches a few days ago. Most of what I needed was black so I stopped. Being a novice, I wasn't ready to roll the quilt because the few spaces I needed to do were small and the quilting was dense. For now, waiting was best.


That didn't stop me from planning some designs to do on the boots. Each boot has a fun fabric and I know I could follow the fabric pattern, but I wanted to stitch on the boots more like real boot stitching. It's not going to show up well on the large prints, but it was what I wanted. I spent time drawing some various options. I wanted each boot to be quilted differently. 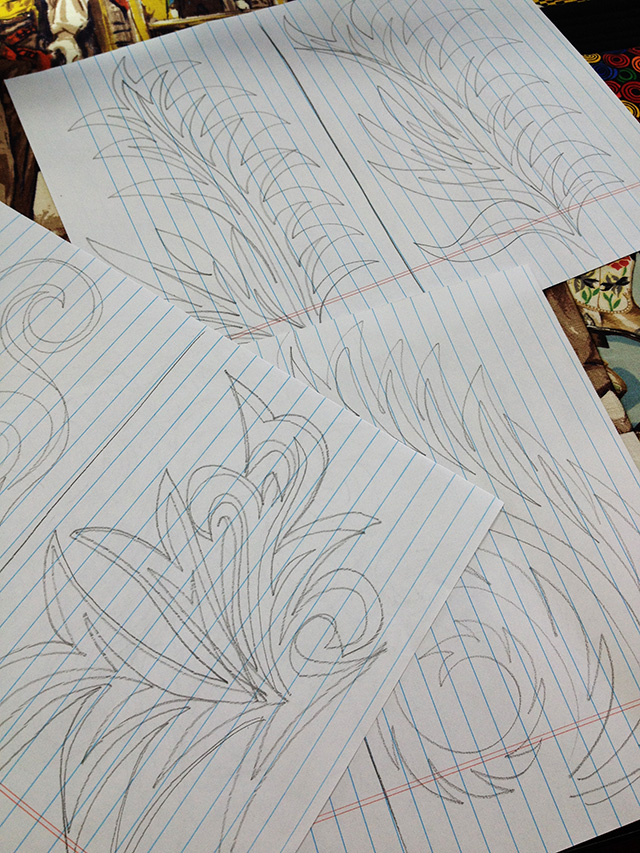 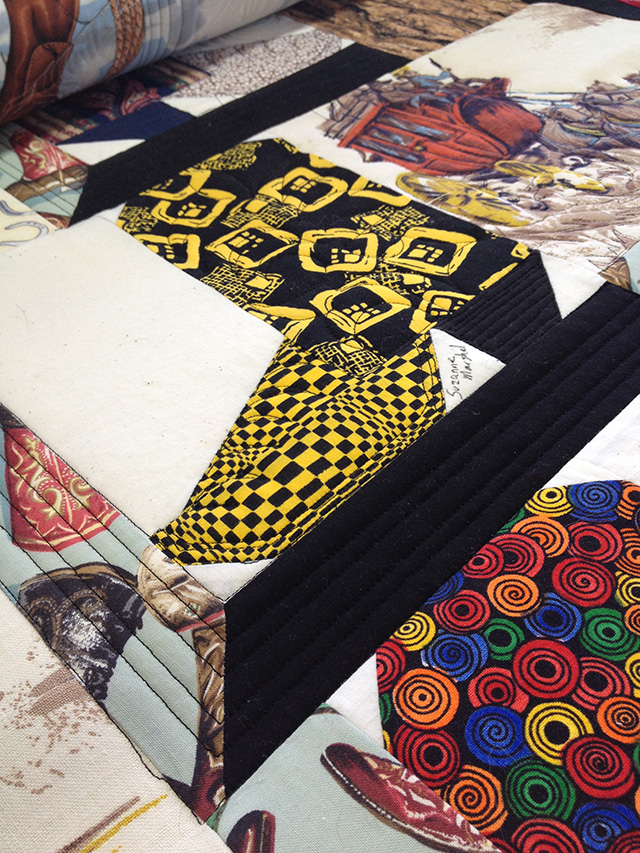 I loaded the black thread and began working on the borders using the same sort of designs I drew for the boot legs. This effort turned out pretty GOOD. However, the border is dark maroon with black designs and seeing where I was going (or where I had been) was not so easy. I had already quilted two rows of the cream background on the boot blocks so it was time to stitch on the boots. This effort also turned out GOOD, but not great. The worst was along the sole of the boot I wanted to stitch three parallel lines following the angles. This was NOT so easy. It was BAD. I get a C - a B- at best. Then I chose to do straight lines in the attic window frames. Those were not so hard because I could use the horizontal and vertical locks.

Speaking of lighting. I had to stop last night. I have good light in the studio, but the lamp from the longarm casts a shadow right at the needle. What do you longarmers do to combat that problem?

The next part was to enhance the pictorial panels with stitching that followed the design. Thank goodness that these pictorial blocks are rough because controlling the machine on that detail was UGLY. I could do that waaaaaaayyyyy better on my domestic using free-motion. Thankfully it doesn't look so bad, but I don't like feeling out of control.

The famous music for The Good, the Bad and the Ugly (1966) was written by Ennio Morricone - who also wrote the music for my favorite movie score, The Mission (1986).

This morning was the third 'hoodie morning' in a row. Cool and breezy.

The young pony in the field across from our house greets me each morning at the fence. She wants to play with Mabel, who kissed her once and ignores her now. What's up with that? I'm just sayin'....

Oh, I hear many LA quilters have put the small focus lights on the arm in addition to whatever came with their machine. I use my HQ sit-down and have an extra table lamp nearby casting light so I'm not sewing in shadows.

QuilterLynn on TQS
#2 Joyce Triezenberg 2012-08-16 15:58
Will the backing fabric provide enough contrast with the thread you are using on the boots so that those great designs you came up with are prominently displayed? I hope so. Those sort-of tooled leather boot designs are fantastic!
#1 Adri van der Zel 2012-08-16 14:14
That looks great! Do you have the closed hopping foot? If you have the open toe hopping foot that should help for extra light in that area. Also, when the machine runs away from you, use a rice bag or two to cause more friction. I drop one on the quit a bit behind the needle over the throat for more control. I love your designs!! Looking forward to seeing it finished :)
Refresh comments list
RSS feed for comments to this post