We've had dry spell, but on our trip to the Ricky Tims Super Quilt Seminar in Fort Lauderdale, FL, Stacy Sundgren saw the FB post and we were able to manage to cross paths in Dayton, TX. 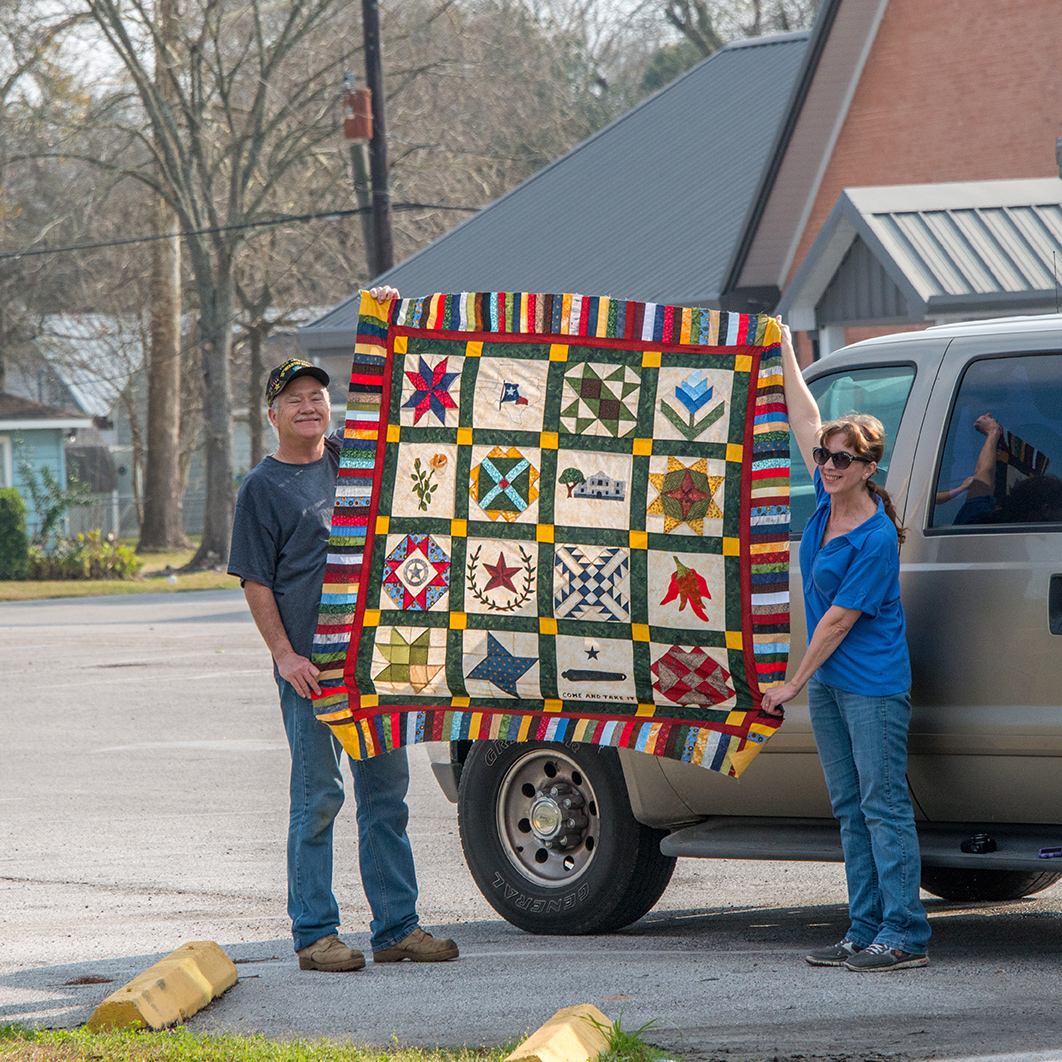 Stacy Says: I saw Ricky's post today on Facebook that he and Justinwould be heading to Florida tomorrow morning on I-10. I don't live far from their route so I responded and asked when they expected to be passing a location that's near my home. After a few messages back and forth, it was agreed that it might still be too dark in the morning when they go by the place I had in mind. Instead, Ricky suggested that they could make a slight change in their route today and do not only a drive by, but a quick stop by, too, in Dayton, Texas. Dayton is only a few miles away from where I live.  I grabbed one of my favorite quilt tops, my husband, and off we went. The timing for everything worked out perfectly. This week has been a rough one, and having an opportunity to catch one of Ricky and Justin's Drive By Quiltings was great fun and a much needed pick-me-up. We really appreciate their efforts to make it work.

This little quilt was the project for the Greater Houston Area Shop Hop from 2011 (I think that's the right year). I loved the Texas-inspired blocks - yellow roses, a lone star, bluebonnet, prickly pear cactus, Texas Rangers and the Alamo, to name a few. I'm not an experienced seamstress at all, so I was a little intimidated by the small piecing and applique  some of the blocks required and hesitated a long time before even beginning the project. But I really wanted to prove to myself I could learn to do something besides sew straight stitches. I finally started making the blocks in late 2011 and finished the top before the next shop hop started in March 2012. I was very happy with the way it turned out and proud of myself for getting it done. 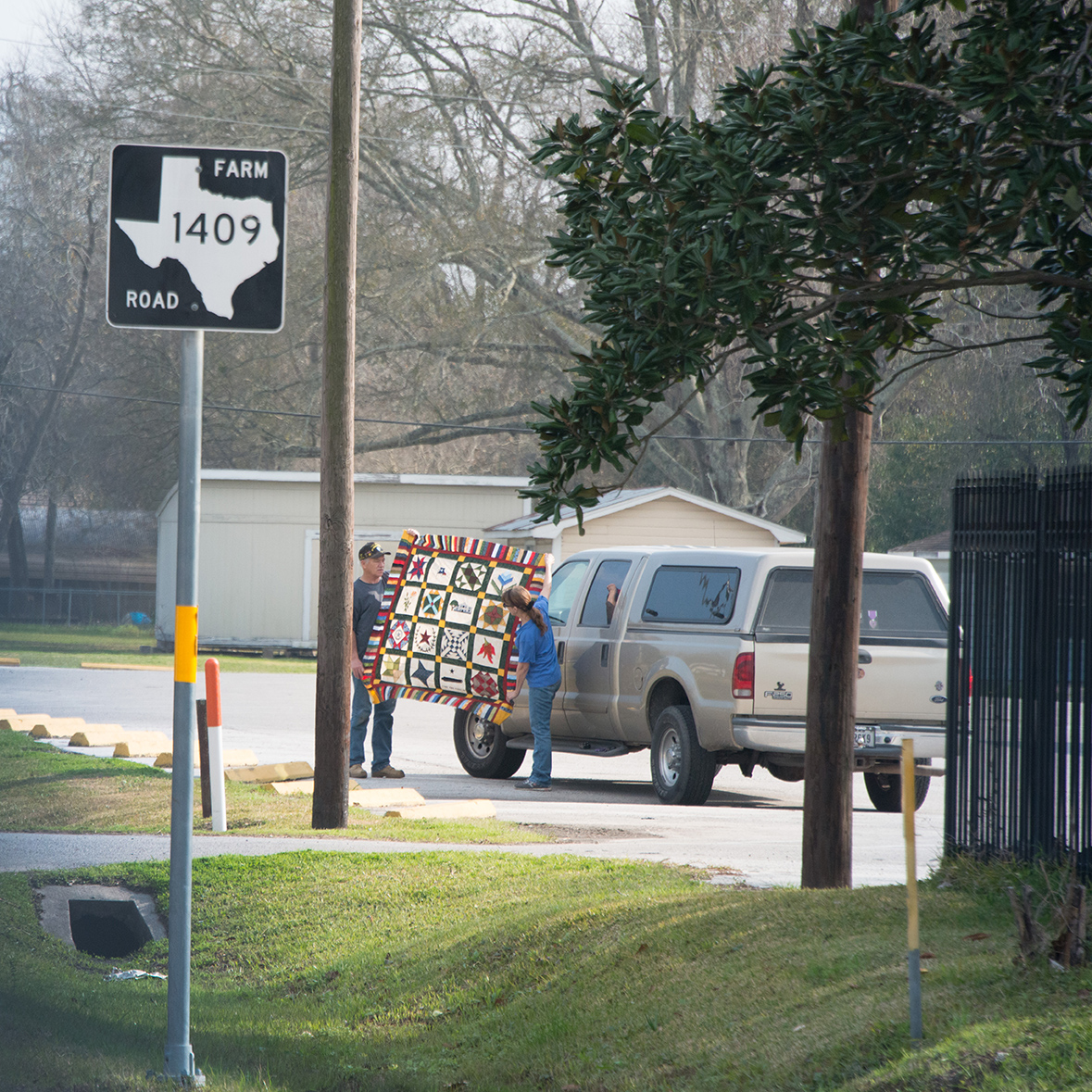