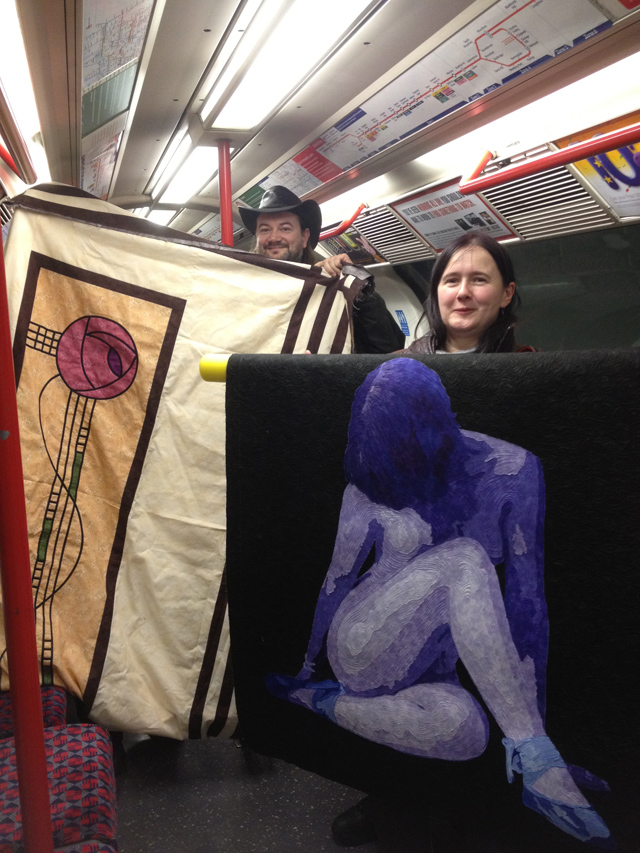 This is a drive-by quilting captured during a ride on the London Underground.

Ferret says: Ricky was in London over the Christmas period, and I thought we should make the most of the opportunity and do a drive-by quilting. The problem was that Ricky wasn't going to be driving anywhere convenient for me to get to. I was going to be having dinner with Ricky, Justin and their friend Susan, so I arranged for Tet to bring one of my quilts in case we could work out a way to sort something out. We couldn't do a drive-by, but a "tube-by" on the London Underground seemed like the next best thing.

Tet says: I was bringing one of Ferret's quilts, and that afternoon I'd 99% finished a top that I'd been making as a Christmas present for my parents, so I decided to bring that along as well.

Ferret says: A friend of mine had seen some of my other nude quilts, and had told me she wanted to model for me. She's a lawyer by day, but has been ballet dancing since childhood. She sent me a selection of photos, I chose one and this was the resulting quilt. After soliciting opinions via my blog, it was named "Quiet moment" by committee (the model, Tet and me collectively) from a shortlist of the suggestions. As with all of my quilts, it's made entirely from fabric and thread, with no painting?involved.

Tet says: I never intended to become a quilter. But I'd been proofreading and typesetting Ferret's patterns, and the only way to do that properly is to follow the instructions, which by default made me a quilter. Or at least a piecer. Although I'd made several of Ferret's patterns, this was the first quilt I'd designed myself. It was a very late decision to make a quilt as a Christmas present. I started on 19th December and finished it just in time. The central panels are from some stained glass door panels by Leadbitter Glass, in the style of Charles Rennie Mackintosh, my mother's favourite designer. I added the borders, again in the style of Mackintosh. 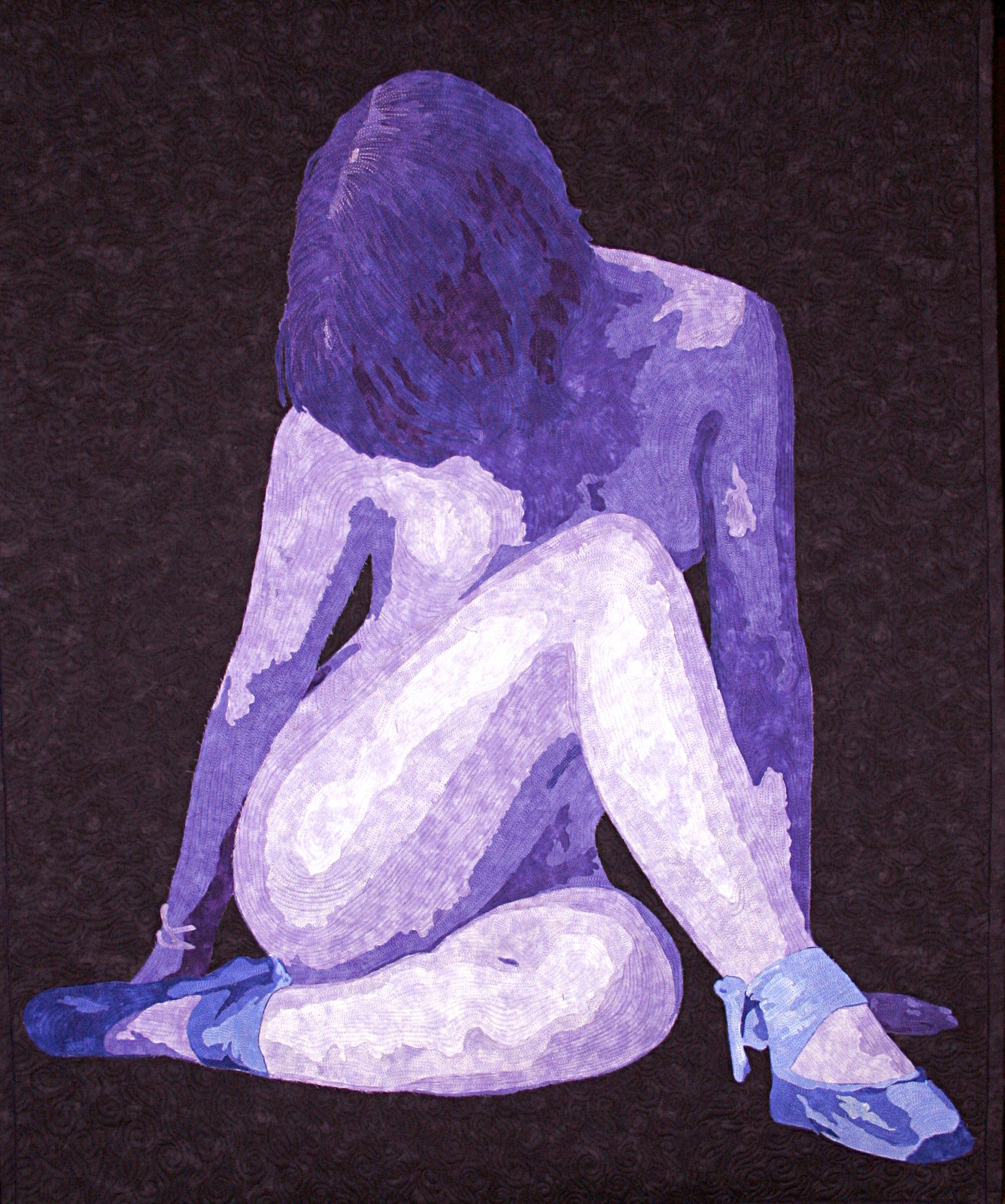 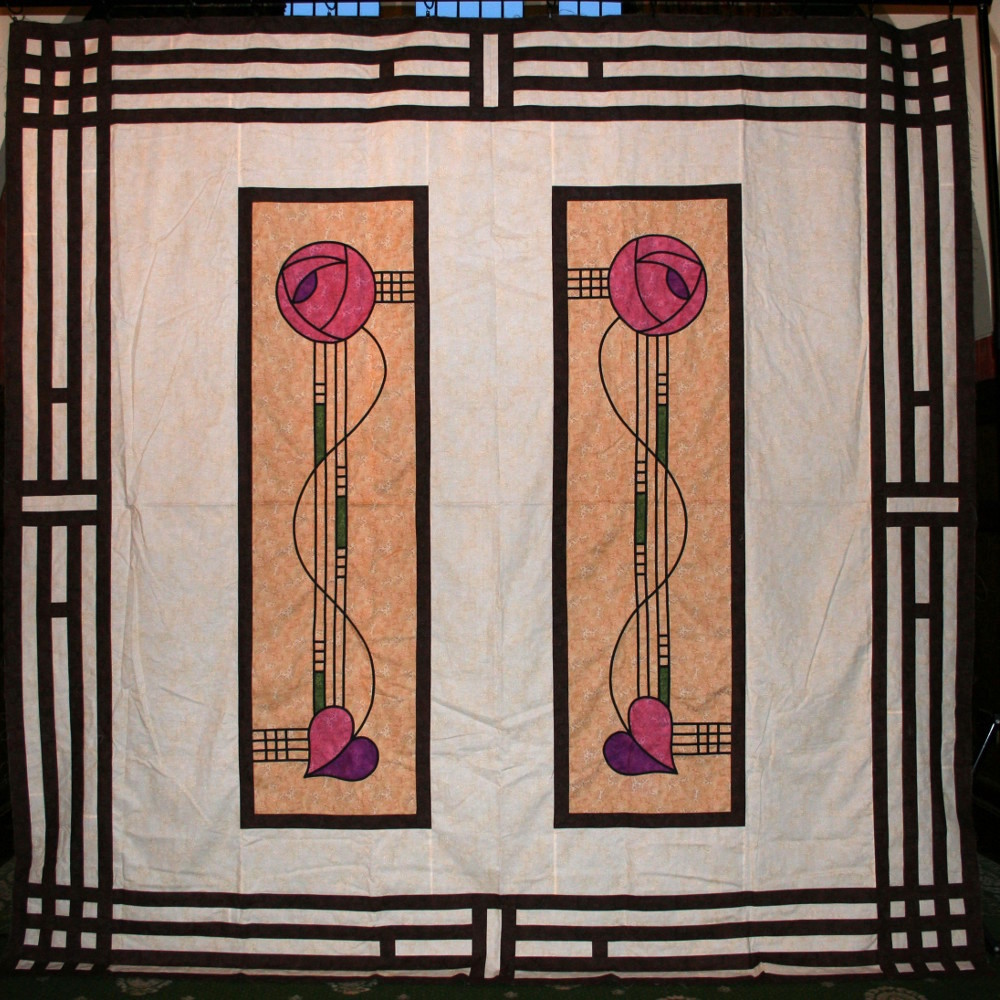